5 Reasons Why You Should Start a Meditation Practice Today

So, what is meditation? The word 'meditation' has been used to designate a variety of practices that differ enough from one another so that we may find trouble in defining what meditation is.

Meditation has a long history in almost any religion that you look at. For our purposes, we’ll think about meditation in the more modern sense and not attach a specific religion or practice to it. The fundamental insights of meditation can be discovered through books by modern gurus such as Eckhart Tolle and Thich Nhat Hanh. At the root of their philosophies there is the same emphasis on being present, in the now, living your life, noticing what is.

It's a common belief that to meditate successfully, you have to wipe all thoughts from your mind. That's unlikely to happen, and it's not the goal anyway. When you find your mind wandering, the experts say to notice the thoughts, then just let them go. Gently bring your attention back to the present and your breathing. If you start with 10 minutes at a time, you’ll probably find that you have to refocus on breathing six or seven times at first; that's why they call it a practice. The point is not to go into a trancelike state or to be visited by wondrous, life-changing thoughts, but rather to enter a state of relaxed alertness.

Meditation used to be viewed as a self-involved exercise done by, as devotee Russell Brand put it, "weird, old hippies." But that perception has vanished thanks to an avalanche of research on the ritual's benefits: It can reduce stress, lower blood pressure, slow Alzheimer's and curb tobacco cravings. One major review from Johns Hopkins University showed mindfulness meditation may be just as effective as antidepressants for treating anxiety symptoms. work without brushing my teeth". I’m not as committed as Russell, but I have grown to love the refreshed and clear feeling that carries over throughout my day. I don't feel as overwhelmed. As many studies show, meditation elicits a physiological reaction that actually dampens your stress response.

Here’s what can happen when you adopt a meditation practice:

And the effect isn't just temporary: A long-term study from the Medical College of Wisconsin showed that people who meditated twice a day for 20 minutes lowered their blood pressure by 5mmHg.

You get a boost of serotonin, dopamine and endorphins, all linked to a good mood.

Meditation appears to change activity in key pain-processing regions of the brain—in one study, meditators experienced a 40 percent reduction in pain intensity.

Meditation can reduce stress-induced inflammation, offering relief from inflammatory conditions such as arthritis and asthma.

The great thing about meditation is that it is completely safe. There isn’t a long list of side effects that you might find with prescription drugs. You don’t need to purchase anything, such as an expensive road bike or a new pair of running shoes. It’s entirely pain free aside from a minimal time commitment, so why not give it a shot?!

For the tech geeks out there, a great app has been created to help you on your quest for enlightenment and inner peace. It’s called headspace, and if you’re looking for some initial direction and guidance, this one’s for you! 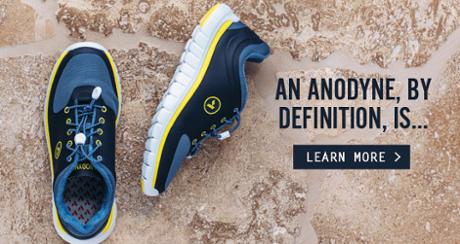